A Quick Guide To Promoted Pins

A Quick Guide to Promoted Pins

In the realm of online business, paid advertising on social media channels is a strategic way to drive targeted engagement to your content and attract qualified leads (i.e., people who would actually consider buying from you or engaging with your content in ways that make you money). Pinterest, in particular, is the perfect place to see an ROI on ad spend— results that continue far beyond the time the ad campaign runs.

Below is my beginner’s guide to paid advertising on Pinterest, so read on if you’re ready to increase your impressions and watch traffic and engagement soar.

Getting Started with Traffic Campaigns

The only form of paid advertising on Pinterest you should ever use is Traffic Campaigns. Unless you are a big brand with a HUGE advertising budget and your goal is to simply raise awareness about your brand, this is the only type of campaign that will be worth the investment.  As far as choosing which pins you want to promote, it’s a good idea to start with those that have already done well organically. But if you don’t have any, it’s OK. Promoted Pins are great for short-term seasonal campaigns as well.

Budgets and Bidding for Ad Campaigns

If you’re new to the world of Pinterest ad campaigns, consider starting with a budget of $5 per day to test the waters and experiment. You can still see clickthroughs even when you set the maximum bid per click to lower than the bid that Pinterest recommends, so you can try this method as a safety net of sorts for your campaign. The minimum bid you should start with is $0.30 per click. In more competitive niches, you’ll need to check back on a week-by-week basis and change this periodically.

Pinterest recently added a new feature called ad groups where you don’t need to create separate campaigns for each individual pin. Instead, you can group them together and set the budget, start/end date, bid, and targeting to apply to the entire group. At the time of writing, we’re still seeing wonky distribution of budgets in ad groups, so I’d recommend setting up individual ad campaigns for each promoted pin for now.

When setting up a Pinterest ad, it is vital that you remember to set an end date for the campaign. You don’t want to be confronted with an endless stream of fees. Another thing to look out for is to avoid targeting by interest because it is far too competitive and expensive for most small business budgets.

An effective Pinterest ad campaign considers targeting by the following criteria: keywords, location, languages, device and gender. The more advanced users (who already have the Pinterest conversion pixel set up on their site) can target by previous visitors, audience lookalikes, and your email list.

Note: When denoting gender for your ad, it’s wise to include “Unspecified” to broaden its potential reach. When Pinterest first started in 2010, they didn’t ask for users’ gender at signup; you can assume that majority of the Unspecified category will be Female.

Keeping tabs on the progress of you ad campaign will aid you in navigating future campaigns. Don’t forget to install the Conversion pixel on your website ahead of time, which will allow you to track people who discovered you via Pinterest but returned to your website directly or through another method like Google and completed a conversion. It will also allow Pinterest to track who visited your site if you choose to re-target that group in the future.

The WordPress plugin I’d recommend for inserting the tracking code is called Insert Headers and Footers. It is simple to use and extremely versatile, and allows you to track a range of events.

When using Pinterest ads, you can opt to use a UTM code for tracking the visits specifically from promoted pins. This makes it easy to see if your promoted pins provide an ROI. You can build these easily with Google Link Builder.

Pinterest used to be a far cheaper ad option than Google and Facebook. Its CPC rates are slowly rising to catch up to them, but Pinterest is still the better bargain for promoting evergreen content.

The longevity of content on Pinterest, whether organic or promoted, also far outweighs that of Google and Facebook. With Pinterest advertising, you get free downstream activity like future saves and clicks from promoted pins that are saved during while the ad was running. 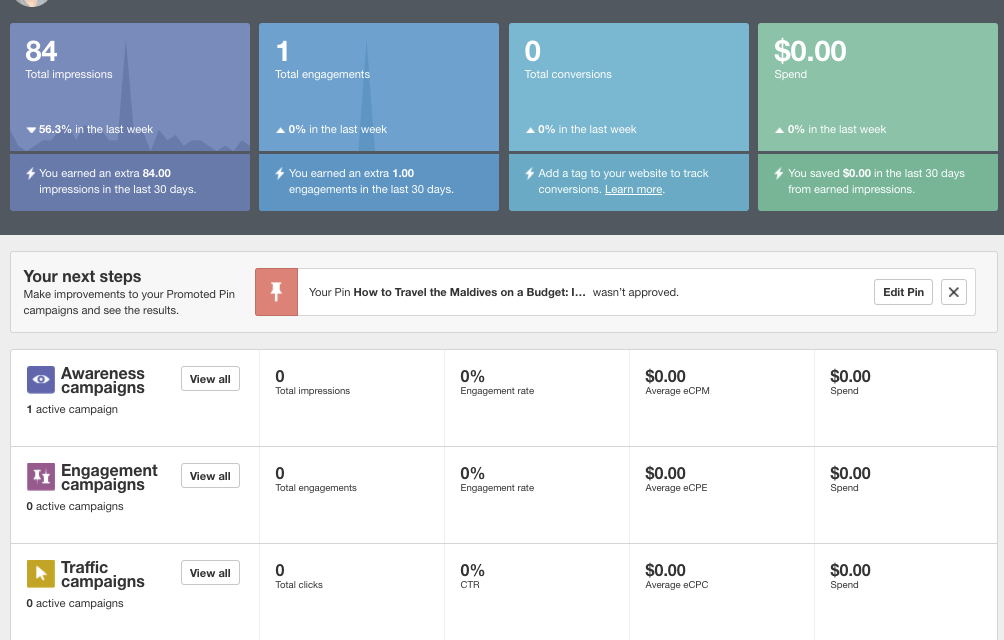 Viewing Results in the Ads Dashboard

When you enter a current or past campaign, you’ll see three tabs in the Ads Dashboard on Pinterest: Overview (with all general results), Activity (showing the downstream activity vs. paid activity), and Spend (your budget and billing information).

Here, you can view downstream traffic (clicks earned from repins that you don’t have to pay for!) as well as see the lowest and highest performing ads. After one week, consider removing low-performing and “Keywords” and replacing them with new, more effective keywords or increasing the CPC budget of the keywords that are performing well. Check in on your ad weekly to see what’s working and where adjustments are needed. 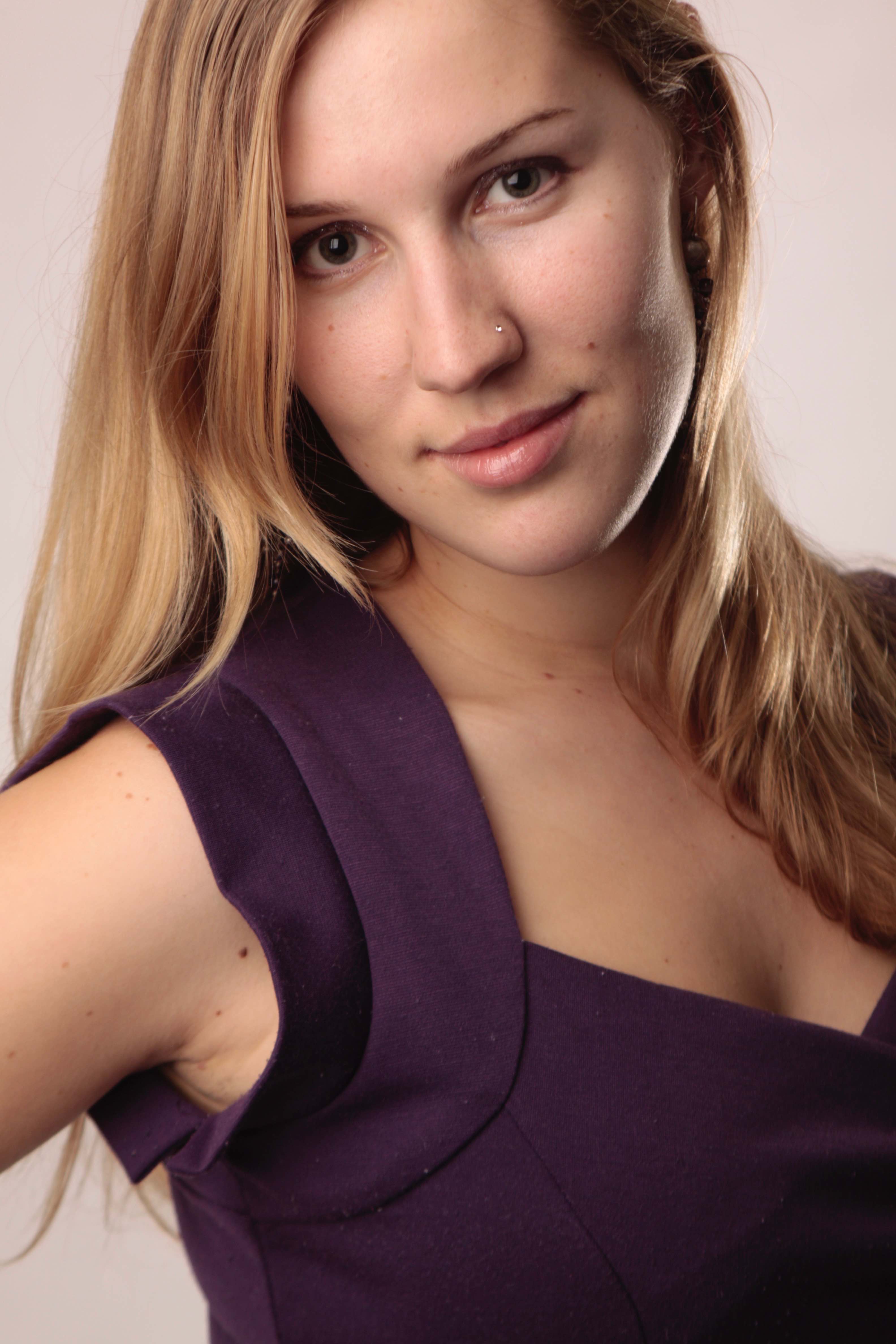 Louise Cottrell is the founder of PinCoach.com. She is a leading expert in generating referral traffic and growing your brand with effective Pinterest marketing strategy for website owners and online entrepreneurs.

Want help with Pinterest marketing for your blog,
store or online business?